These are our new Winter Opening hours: 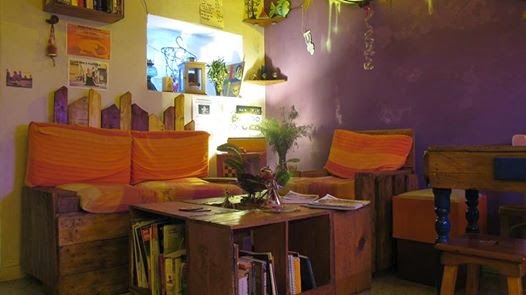 So here we are! The beginning of another year! Looking back to 2014, we can say that it was quite an eventful year...a year where more people got know about what we are all about...but most importantly for us, a year where we got to meet and work with some really cool people! We know that this might sound a bit presumptious, but slowly, slowly, from whatever feedback we gather, it's starting to feel like Ġugar is not just a tiny bar in downtown Valletta, but rather a kind of attitude for living...at least that's how it feels for us and for the people close to us... 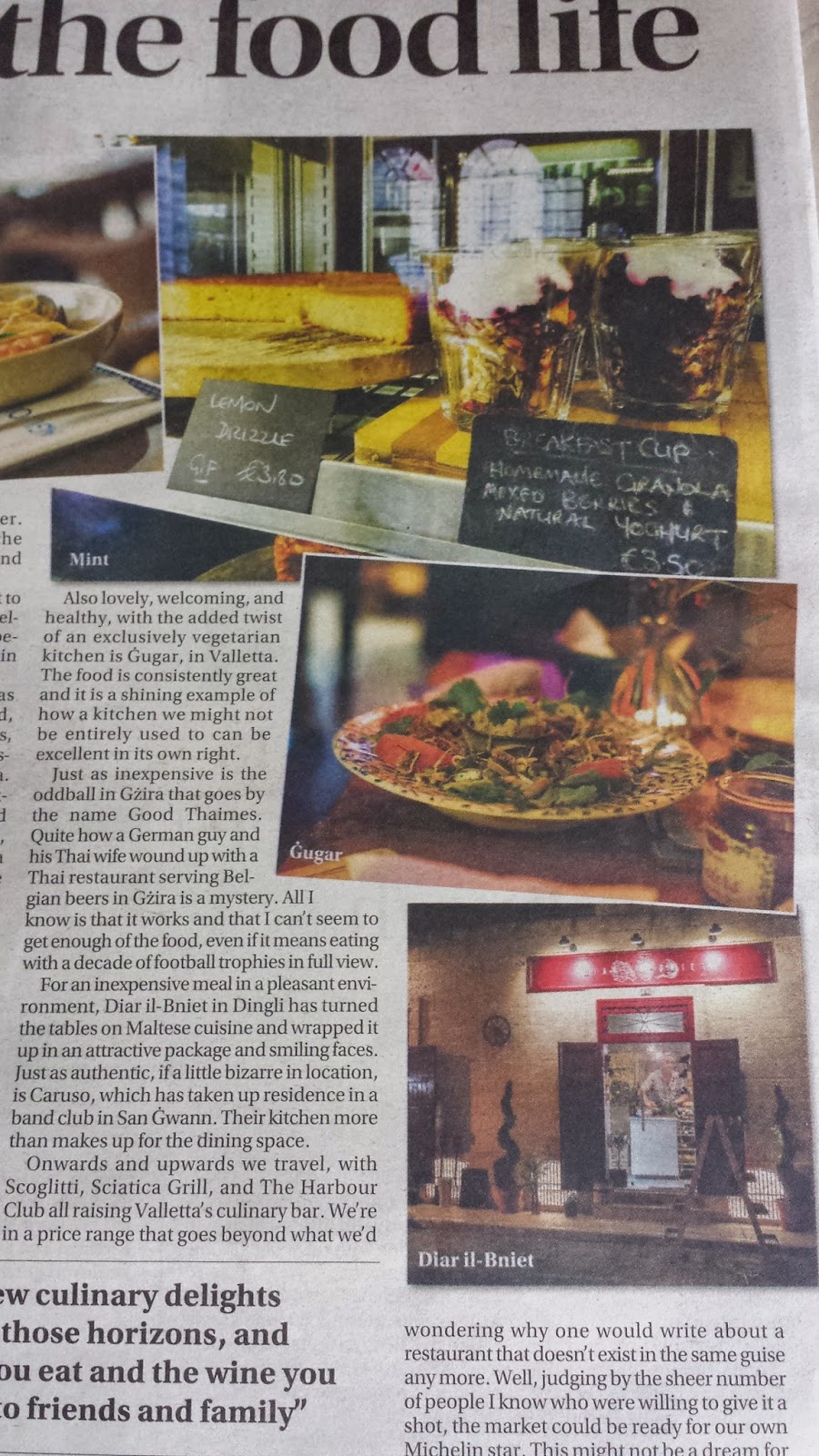 When we were still in the planning stages of Ġugar, forever discussing the if's and what's, preparing and serving genuine food and drinks was always on the top of the list for us. It is of utmost importance for us to prepare whatever we can as freshly as possible. We prepare our own pesto's, peanut butters, chai mixes, dips, vegan mayonnaise and more. So when people come up to us and tell us “Hey! That peanut butter and coffee smoothie was amazing! What's in it?!” we know that we can answer that question easily. What you see is what you get! No more, no less! So, it was with great satisfaction that we found out we featured on last Sunday's Times of Malta ED EATS section. The article covered a list of the writer's highlights for eating for the year 2014 This is what the contributor had to say about Ġugar:

“Also lovely, welcoming and healthy, with the added twist of a vegetarian kitchen is Ġugar, in Valletta. The food is consistently great, and it is a shining example of how a kitchen we might not be entirely used to can be excellent in its own right” 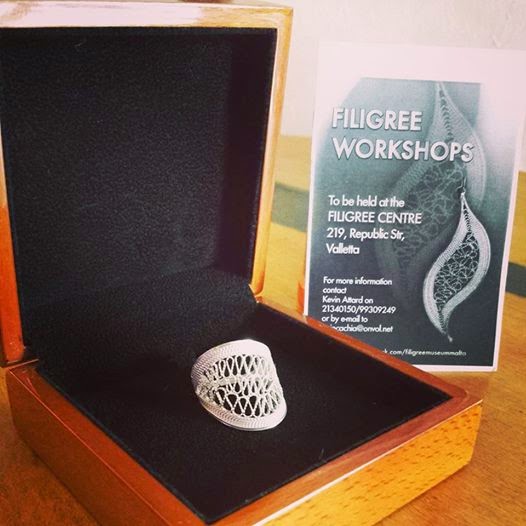 Ġugar! in collaboration with Kevin Attard from Filigree Center Malta are organising ongoing Filigree Workshops at the Filigree Centre in Valletta.

Filigree is a delicate kind of jewellery metalwork, usually of gold and silver, made with tiny beads or twisted threads, or both in combination, soldered together or to the surface of an object of the same metal and arranged in artistic motifs.

- These workshops will consist of a 1 hour session where participants will craft a pendant from silver which they take with them after the session.
- The workshops will take place from 8am to 7pm according to availability.  There is no particular day!  Just let us know when you can make it!
- They will be held at the Filigree Center, 219, Republic Street Valletta.
- The cost for each session is Eur 25. Consider this as a bargain, since if you had to purchase the pendant from a shop it would cost the same price or more. In addition you will be introduced to this wonderful craft. 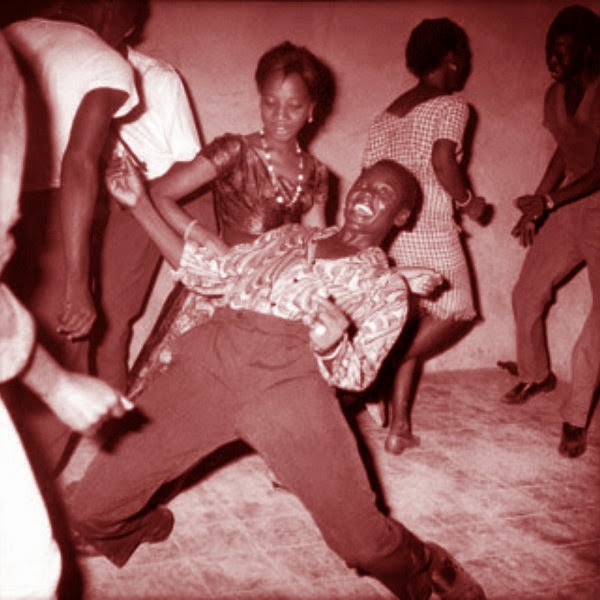 ...they say that the last week of January is the most depressing week of the year...

We'll have special food and drinks for the night! :) 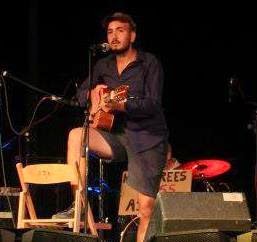 Folk-rock band “Brodu” will be giving an intimate interpration to their recently launched album “Ħabullabullojb” in February down in our basement. More information as the day approaches.

Watch out! Film nights in our cosy basement during the cold winter months coming your way very soon! More information in the coming days.

Until next time!
The Ġugar! Crew 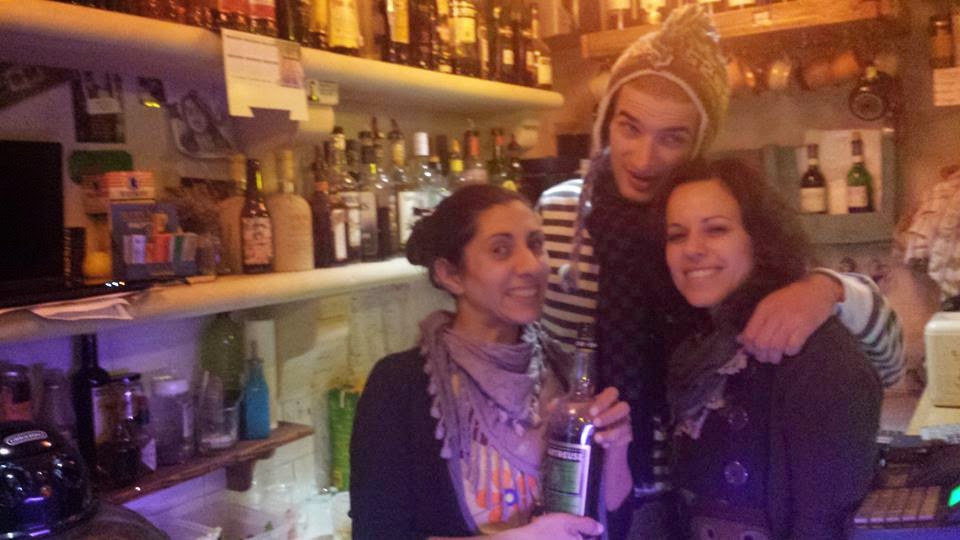 We apologise for the lack of updates on our blog, but we've all been really busy during the last couple of months. We will however not miss the opportunity to party this festive season!

On Xmas Eve, we will have DJ Brozer (FR) rocking the basement with a mix of selected alternative music. There will also be some open mics for anyone who wants to free style.

Ps.  We will not be open in the morning on Wednesday 24th December.  Doors will open at around 8.30pm.  There will be some mulled wine too :)  See you!

Moulettes will be visiting Malta once again for whoever missed their incredible live shows in the past years! They will be playing acoustically at Ġugar! on Tuesday 9th and Friday 12th September. Don't miss them this time!  First come first served!

Moulettes released their third studio album 'Constellations’ on June 2nd. Recorded in studios, churches, tunnels, workshops and bedrooms around Brighton in the summer of 2013, it is their most complete and ambitious album to date. The album features a chamber orchestra that includes performances from legends Arthur Brown and Herbie Flowers (Lou Reed, Bowie) and contemporaries Blaine Harrison (Mystery Jets), The Unthanks, Emma Richardson (Band Of Skulls) and a host of players from Sweden, Germany, Greece, Holland, South Africa, Australia, Scotland and Bosnia. The band has an incredible ability to blend several genres with Cello, Violins, Guitars, Drums, Bassoon, Double bass, brass and synths into an incomparable pop/rock/folk ensemble.

Also renowned for their breathtaking live shows it is clear that few bands have the creative range and work ethic of Moulettes. Headed up by the fierce female songwriter and Cellist Hannah Miller, the band also contains a mix of self taught and classically trained members who have shared the stage and studio with the likes of Mick Jagger, Nick Cave, Seasick Steve, Bonobo and Dave Gilmour.

Their significant initial period was spent playing live and promoting the Den Of Iniquity nights in London /Manchester and Southampton. Since then Moulettes have been recognised as front runners and innovators within what has been labelled the ‘Indie folk’ and ‘Prog folk’ genre. This genre blends bands such as Pink Floyd, Pentangle and Bjork with elements of chamber pop and Scandinavian folk. Moulettes have been constantly been on the road for 5 years with varying sized ensembles playing festivals as varied as Cropredy /End of the Road/Bestival/ and Cambridge Folk.

They continue their busy gig schedule playing a host of summer festival dates and a Headline tour in Europe and UK in Oct-Dec. If you are looking for good song writing, incredible musicianship and a truly unique projection of all music to date squeezed into accessible pop tunes Moulettes is the band for you. 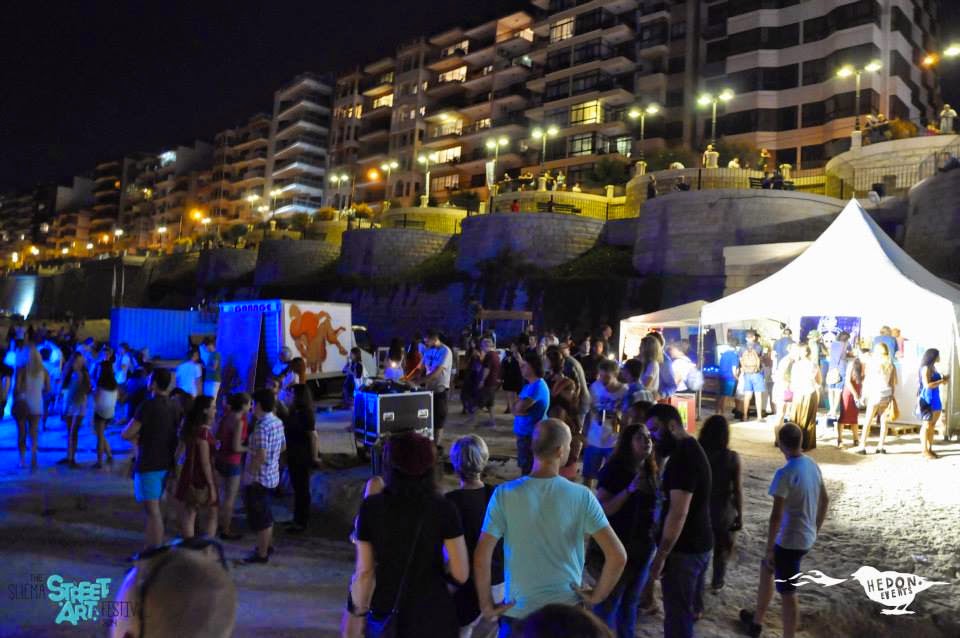 So far it has been a very hectic Summer for us at Ġugar! We have moved our stall from Valletta to Sliema in July to participate in the Sliema Street Art Festival. This has been a great experience for us, since we are all fans of street art and urban culture. With the help of Hedon promoters, we set up a stall at the Exiles beach and took care of serving food to the hungry crowd at the Alternative stage. We also set up our little chill-out area next to the stage, and this practically meant we took almost all of Ġugar! with us. But although we were pretty much exhausted by the end of the weekend, it was a great opportunity for us to experience being part of an event that has the potential to grow in terms of quality and quantity of people that attend year after year. From here we give a shout out to Putting Colours in the Street for giving us this opportunity! 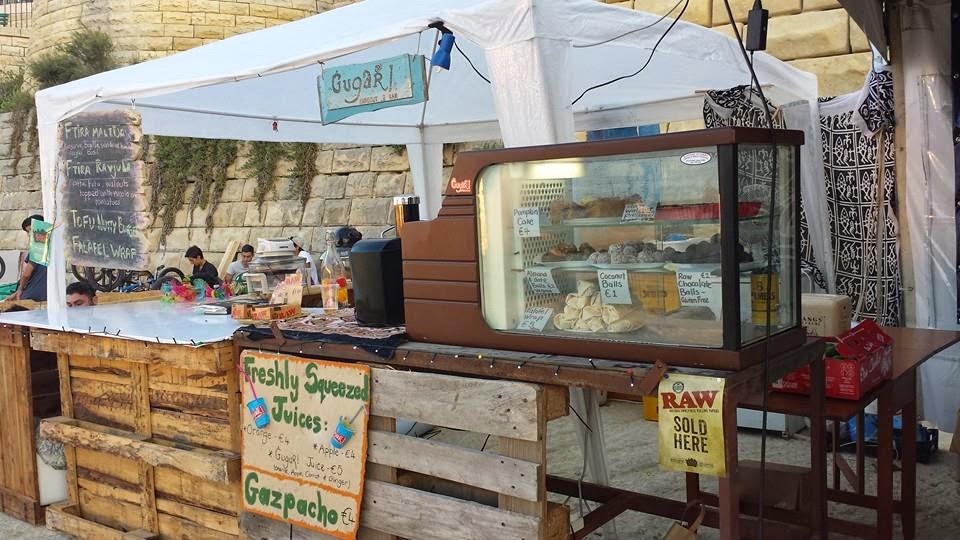 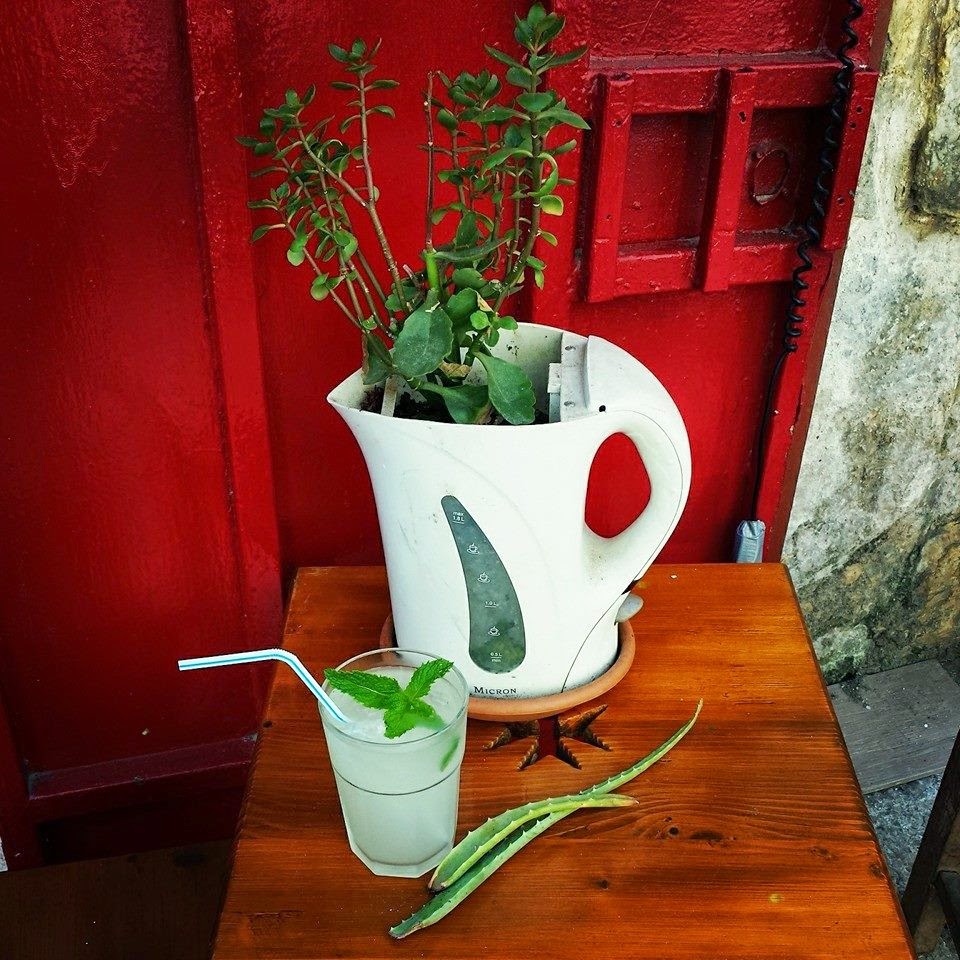 Back in Valletta, we were busy coming up with new recipes for smoothies and juices, using as much as possible the sweetness of fruit that the summer season provides to us during this time. Our strawberry smoothies, and watermelon juices were a big success. We are also now making use of the aloe vera plants that a friend donated to us, by making fresh juices straight from the plant.

All of this, while trying to find the time to enjoy the beautiful sea and swim as much as possible!

Last week we also hosted the birthday party for The Piece of Sheet. The Piece of Sheet is a sheet (duh) that is published by an anonymous autonomous collective of University students.. After a year of publications they decided that a birthday party celebrating their first year in existence should be held, and we were both surprise and happy that they chose Ġugar! To host their party, as we are also fans of their publications. You can view their publications here: http://tinyurl.com/alltpos 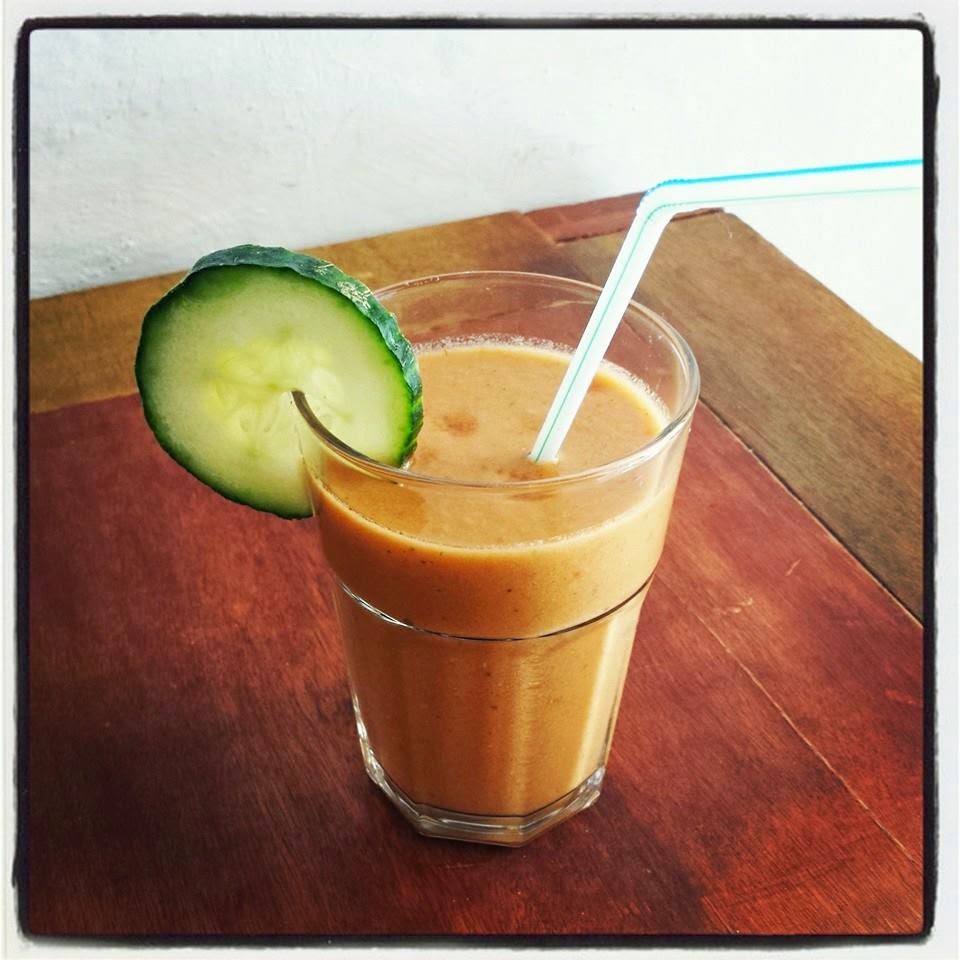 In the coming weeks we will be hosting another film night, this time proposed by another friend of ours who is involved in the activist scene in Serbia. More information will be available through our facebook page in the coming days. 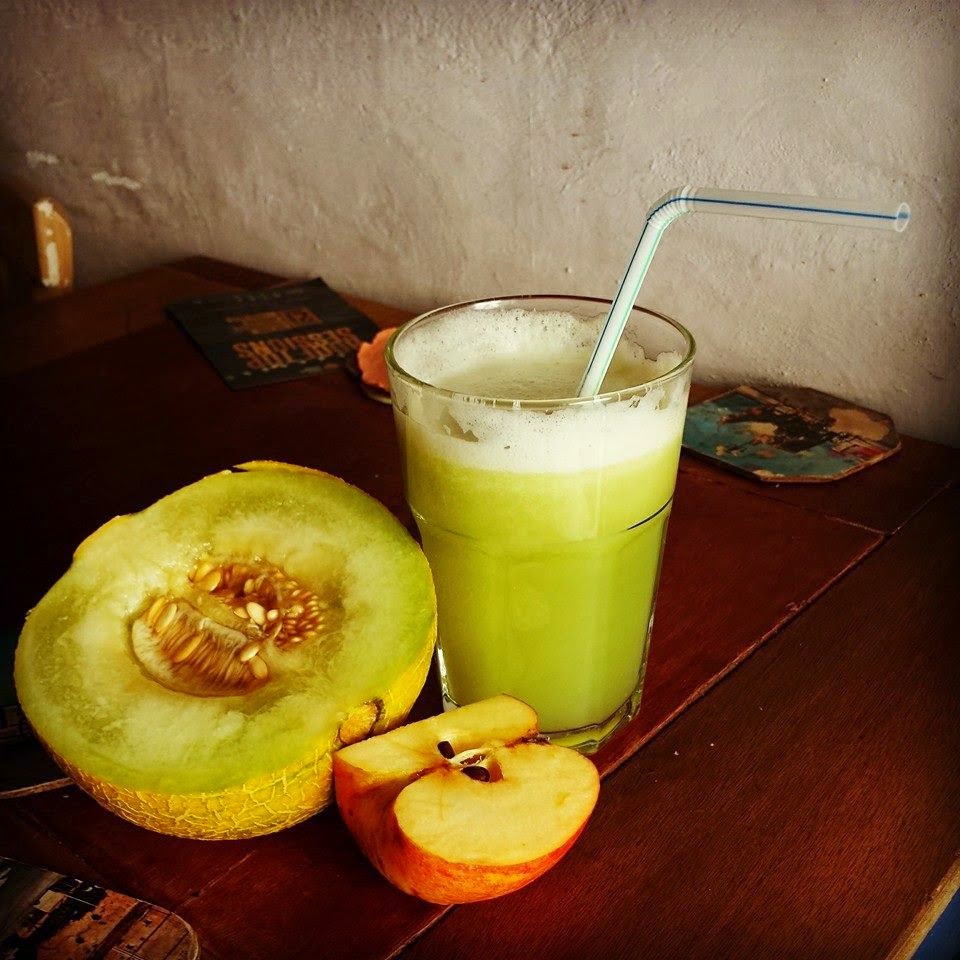 Time really flies by, and soon enough another Notte Bianca in Valletta will be upon us. Notte Bianca of last year was when we first opened our doors to the public, taking that big step in the dark, not knowing what was next. We didn’t even know or plan when to open officially – we just opened our doors even though the basement wasn’t even ready to host guests. Next day, we went to clean up, and found friends and people waiting for us to open our doors, and we have been open since then. Here we are now, with one year almost behind us – and an opportunity to review what we have been through and plan for our next term. So it is great pleasure that we’ll be thinking on what we come up with for our first birthday party! If you have any wild ideas, let us know! 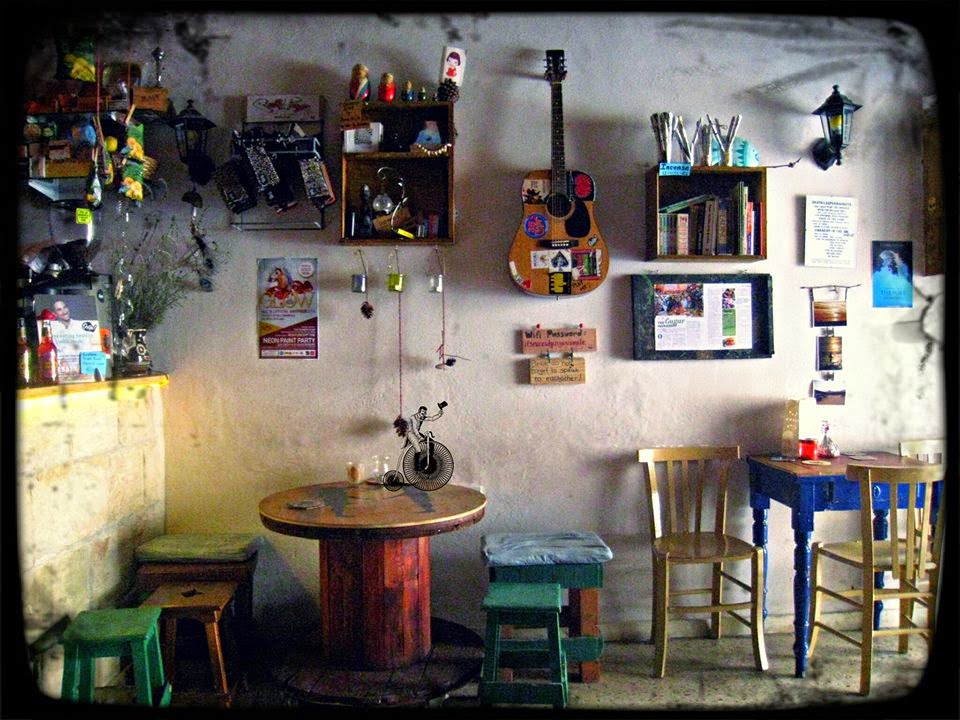 We are excited to announce that we'll be setting up a stall at the Sliema Street Art Festival that is happening on the weekend of Friday 18th to Sunday 20th July!  We are big fans of street art so it's a great opportunity for us to be participating.  We will be situated in the area right beside the Exiles Beach Club at the Alternative Stage to be hosted by our friends from Hedon Events !  We will also be setting up a small chill-out area for people to hang out.

Our shop at Valletta will therefore be closed from Friday 18th till Sunday 20th July.  We will then open our doors business as usual from Tuesday 15th July as per our Summer Opening hours.  See you in Sliema this weekend!  Click here for the facebook page to the event.

Hey there!  We would like to tell you that as from Monday 2nd June, Ġugar will be switching to Summer hours.

From Wednesday to Saturday we will be open also for lunch! 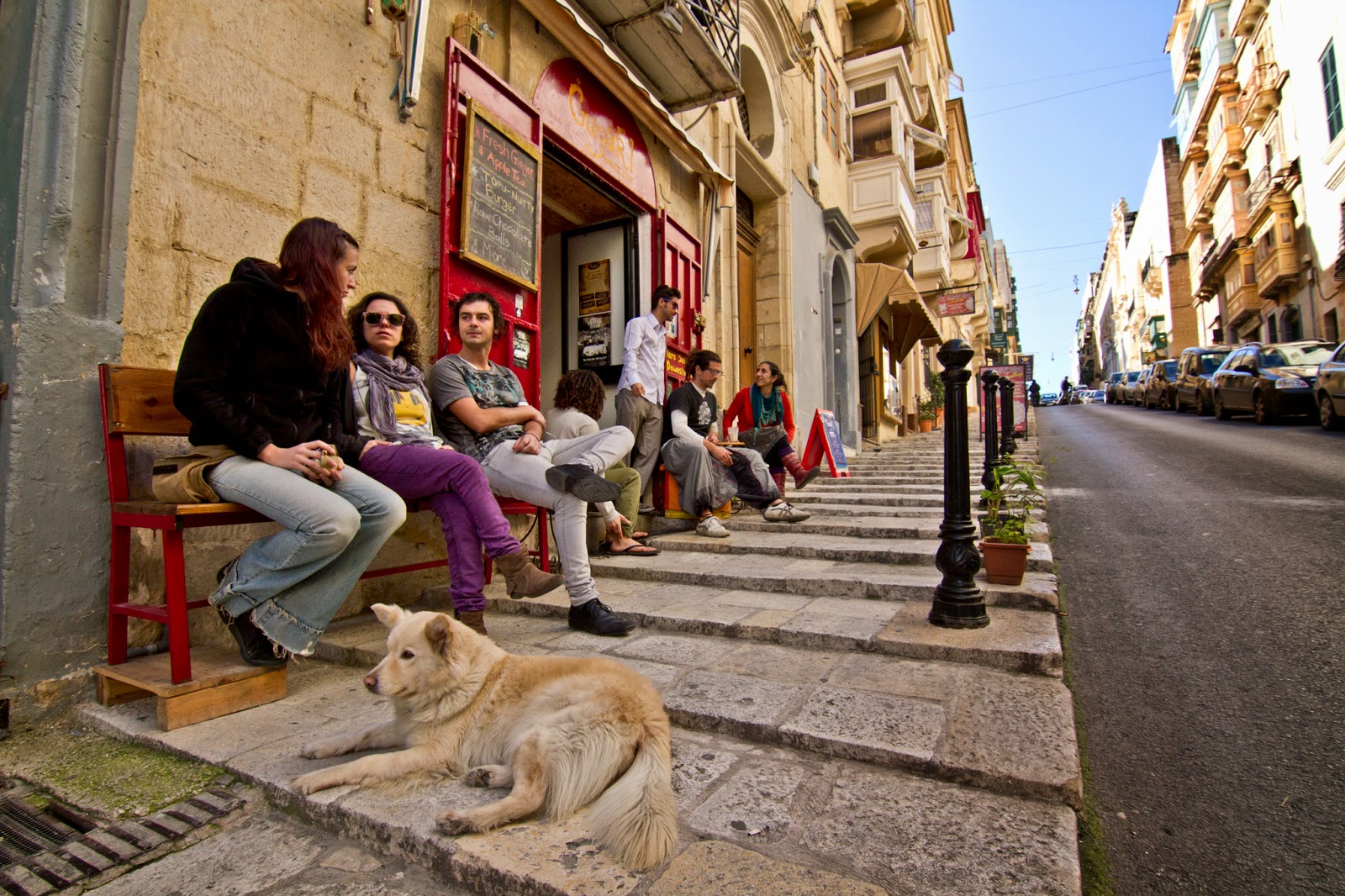